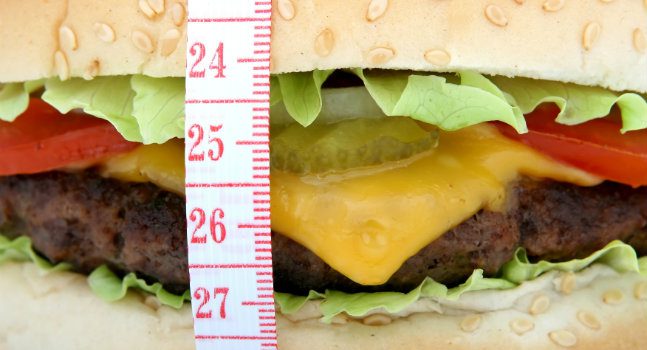 Professor Theresa Marteau and her team at the Behaviour and Health Research Unit conducted a Cochrane systematic review producing the most conclusive evidence to date that people consistently consume more food and drink when offered larger-sized portions, packages or tableware than when offered smaller-sized versions. This has informed Public Health England’s report on sugar reduction and continues to influence the debate on tackling obesity.

The Behaviour and Health Research Unit (BHRU) is based in Cambridge’s Department of Public Health and Primary Care. Funded by the UK Department of Health Policy Research Programme, it contributes evidence to national and international efforts to achieve sustained behaviour change to improve health outcomes and reduce health inequalities. The unit focuses on the excessive consumption of food and alcohol, inactivity and smoking, as changing these behaviours positively would help to prevent the majority of the preventable non-communicable diseases, including many cancers, cardiovascular disease and diabetes.

After conducting scoping exercises, the unit realised that there was a large body of evidence around portion, package and tableware sizes which was of significant policy relevance, yet which hadn’t been brought together. During the course of over two years, the team carried out a complex Cochrane review, which was published in September 2015. 1 The research was followed up with a BMJ piece entitled Downsizing: What are the Policy Options for Reducing Portion Sizes to Help Tackle Obesity?  2

The review evidence showed that people consume more food and non-alcoholic drink when offered larger portions, packaging or tableware rather than smaller sizes, regardless of other factors such as gender, BMI or self-control. Although perhaps an intuitive finding, until this review, we did not have the best evidence to show this. The review’s findings suggest that cutting the size of portions, packages and tableware may present a potential path for helping to tackle obesity, which impacts a quarter of British adults, costing lives, quality of life and the NHS. 3

The team chose their review topic specifically because of its relevance to public health policy, so they knew early on that they wanted it to reach a wide audience, including policymakers. Therefore, months before the release of their report, they created a robust dissemination plan, which included mapping out their target stakeholders. They worked with the University Press Office to prepare press releases and planned a sustained Twitter campaign.

Because the unit is funded by the Department of Health (DH) in order to contribute evidence to national efforts to improve health outcomes, they were able to meet with certain stakeholders at DH to present the findings of the review and its implications. They presented their work to the British Retail Consortium, the Food and Drink Federation and ensured they kept colleagues in the research community updated through regular presentations at academic meetings.

The unit ensured that their work was accessible to a wider audience by providing a clear implication of their findings – in this case, showing the potential impact on the average daily calorie consumption of UK adults. They also produced a lay summary and commissioned an animation explaining their work, available through their website and on YouTube. 4

The team amplified the impact of their work by composing a follow-up robust analysis of the potential policy implications of their review, which was published in the BMJ.

Through a combination of luck (the timing of the review coinciding with a policy opportunity), judgement (in choosing a relevant review topic) and skill (in conducting a complex review), our work has contributed meaningfully to the policy discourse around tackling obesity. – Professor Theresa Marteau

The review was cited in Public Health England’s (PHE) October 2015 publication Sugar Reduction: The Evidence for Action report, which had been commissioned by the DH to help feed into the Government’s childhood obesity strategy. PHE’s report highlighted BHRU’s review to argue for the benefits of reducing portion sizes. 5

Professor Susan Jebb OBE, who was part of the review team, provided oral evidence to the Health Committee’s Childhood obesity inquiry, during which she echoed Dr Alison Tedstone, Director of Diet & Obesity at PHE, on the important impact of portion size and mentioned the review. 6

The review also reached a wider audience by underpinning an episode of the Channel 4 series Food Unwrapped on portion size, 7 and through an episode of Radio 4’s Putting Science to Work, 8 which highlighted strategies for reducing sugar consumption.

The team’s work has continued to impact policy publications, and was cited in the 2016 government childhood obesity strategy Childhood Obesity: A Plan for Action. 9 It was also subsequently cited in 2017’s Sugar Reduction: Achieving the 20% A technical report outlining progress to date, guidelines for industry, 2015 baseline levels in key foods and next steps. 10

The unit’s review also revealed gaps in the research on portion, package and tableware sizes in relation to alcohol and sugary drinks consumption. The unit is now conducting primary research around the impact of glass sizes on wine consumption and bottle sizes on the consumption of sugary drinks.