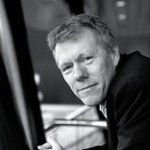 Derek Smith is Professor of Infectious Disease Informatics at Cambridge University in the UK, and is also Director of the Centre for Pathogen Evolution, and Director of the World Health Organization (WHO) Collaborating Centre for Modelling, Evolution, and Control of Emerging Infectious Diseases, both also at Cambridge University.

He is also a member of the Viroscience Department at Erasmus Medical Center in The Netherlands. He is a member of the WHO influenza vaccine strain selection committee, and is also involved in vaccine strain selection for other human and non-human pathogens for the FAO and OIE. His research is focused on how pathogens evolve, to what extent this evolution is predictable, and determining public and animal health measures against such ever-changing pathogens. He received a United States National Institutes of Health Director's Pioneer Award in 2005 for his work on Antigenic Cartography, a method that enables detailed study of pathogen evolution.

The Centre for Pathogen Evolution uses antigenic cartography, along with genetic and population biology techniques, to study basic questions in pathogen evolution, and coevolution with the acquired immunity in host populations.

Antigenic cartography is a mathematical and computational method which allows one to quantify and visualize fine-grain phenotypic differences among strains of viruses or bacteria (Smith et al., Science 305, 371-376, 2004).

Antigenic cartography has been developed using data on human influenza virus subtype A(H3N2), and is routinely used to analyze the global data from the World Health Organization influenza surveillance network as part of the influenza vaccine strain selection process.