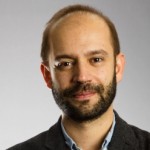 I am an economic and social historian interested in understanding how contemporary inequalities are shaped by the past, bringing a more long-term view to explain how and why societies distribute resources, opportunities and capabilities. I direct an international research network on Inequality, Social Science and History, funded by the AHRC and the Philomathia Foundation. My current research explores the creation, evolution of authoritarian welfare regimes in Southern Europe and Latin America and their implications for social inequalities. This has evolved from earlier work which explored the interaction between the Portuguese Dictatorship and its citizens to explain the emergence of social movements of the urban poor during the Carnation Revolution (1974-1976), a theme which is explored in the book Lisbon Rising: Urban Social Movements in the Portuguese Revolution, 1974-1975 (University of Manchester Press 2013).