Dr Frenk will be introduced by Patrick Maxwell, Regius Professor of Physic at the University of Cambridge.

The Lecture will be the centrepiece of this year’s CIPH research conference which runs from 12 noon on Thursday 8th October 2015. 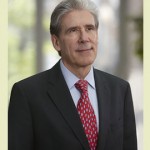 The University of Miami announced in April 2015 that Dr. Frenk will be the University’s next president, taking up his post in the autumn of 2015.

Dr. Frenk was the Minister of Health of Mexico from 2000 to 2006, where he introduced a program of comprehensive national health insurance, known as Seguro Popular, which expanded access to health care for tens of millions of previously uninsured Mexicans.

Dr. Frenk was the founding director-general of the National Institute of Public Health in Mexico, and in 1998, he joined the World Health Organization (WHO) as executive director in charge of Evidence and Information for Policy, WHO’s first-ever unit explicitly charged with developing a scientific foundation for health policy to achieve better outcomes.

More recently, he served as a senior fellow in the global health program of the Bill & Melinda Gates Foundation and as president of the Carso Health Institute in Mexico City. He is the founding chair of the board of the Institute for Health Metrics and Evaluation at the University of Washington. He also co-chaired the Commission on the Education of Health Professionals for the 21st Century, which published its influential report in The Lancet in 2010, triggering follow-up initiatives throughout the world.

Dr. Frenk holds a medical degree from the National University of Mexico, as well as a master of public health and a joint doctorate in Medical Care Organization and in Sociology from the University of Michigan. He is a member of the U.S. Institute of Medicine, American Academy of Arts and Sciences, and National Academy of Medicine of Mexico. He holds the Clinton Global Citizen Award (2008) for changing “the way practitioners and policy makers across the world think about health.”

Please email Sarah Findon to request a place on the guest list to attend Dr Frenk’s lecture, with your affiliation.

News from the University of Miami