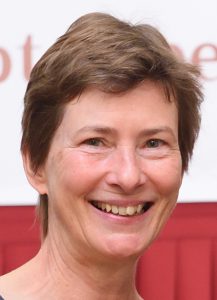 Carol is a medically qualified epidemiologist and public health academic.

She graduated in medicine from the Royal Free Hospital School of Medicine, University of London, and went on to train in general medicine. After gaining membership she moved on to training in epidemiology with a Training Fellowship with the Medical Research Council. The research area for this Fellowship was ageing and dementia.

Since the mid eighties her main research area has been longitudinal studies of older people following changes over time in cognition, dementia natural history and associated features with a public health perspective.

She is lead principal investigator in the group of MRC CFA Studies which have informed, and will continue to inform, national policy and scientific understanding of dementia in whole populations. She has been responsible for training programmes in epidemiology and public health for under and postgraduates since the early nineties.

Carol was awarded a Commander of the Order of the British Empire (CBE) for her services to public health medicine in 2017. She is consistently listed among the highest cited scholars in the world across all disciplines.

Carol’s research team (The Public Health of Ageing Research Unit) members are listed on this page.

CC75C – The Cambridge City over-75s Cohort Study (CC75C) is a long-term follow-up study of a representative population-based sample of older people which started in 1985 from a survey of over 2,600 men and women aged 75 and above.

CamCan – Cam-CAN is a large-scale collaborative research project, launched in October 2010, with substantial funding from the Biotechnology and Biological Sciences Research Council (BBSRC). The Cam-CAN project is using epidemiological, behavioural, and neuroimaging data to understand how individuals can best retain cognitive abilities into old age.

The Institute hosts the Cambridge team investigating ageing well, alcohol, childhood obesity and the effects of the built environment on health. This programme is co-ordinated by Dr Louise LaFortune.

Which? Can you cut your risk of dementia? July 2016